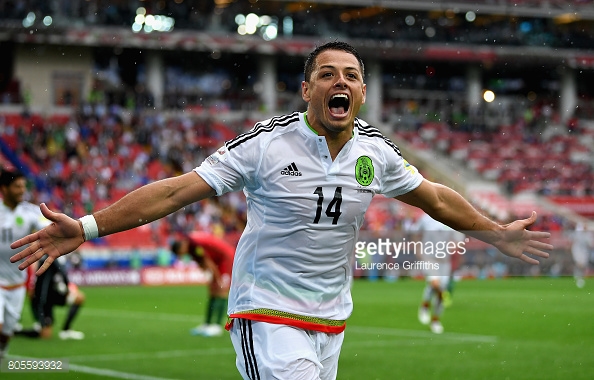 West Ham have agreed a deal with German side Bayer Leverkusen to sign striker Javier Hernandez. The Mexican attacker will arrive in East London on a £16 million transfer fee.

The 29-year-old player was in the last year of his contract and the German side was eager to cash-in on Hernandez before he left for free next summer. The striker had been heavily linked with a return to North America and a mega-money deal with Major League Soccer club Los Angeles FC. However, that looks to have been scuppered for the time being. He is the third player behind Zlatan Ibrahimovic and Keisuke Honda that the MLS has lost out on this summer.

West Ham are in the process of completely overhauling their attacking options as the club have recently agreed to sign forward Marko Arnautovic from Stoke for £24m.

The Hammers have also taken Manchester City goalkeeper Joe Hart on loan this season as the club hope to improve on an 11th place finish from lat term.

He will undergo a medical in the coming days. pic.twitter.com/4jt8rVcGJv

Hernandez arrives at West Ham as Mexico’s all-time leading scorer with 48 goals. He is still in the prime of his career and will provide the team with a top-rated striking option.