Liverpool winger Sadio Mane has emerged as a shock transfer target for Inter Milan. Not only are Liverpool on the verge of losing Philippe Coutinho, but the club could lose Mane as well this summer. Losing both could throw a wrench in any Liverpool attempt to secure their first Premier League trophy this term. 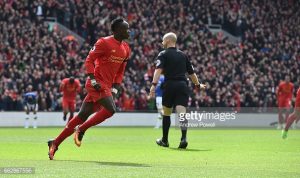 Inter are reportedly preparing a £35 million bid for the Liverpool star. Express Sport reported on the news of Inter’s desire to sign the Senegal international in the wake of Barcelona’s interest in Coutinho. Liverpool paid £34m for Mane, so a bid making Liverpool just a £1m profit doesn’t seem likely as a transfer Liverpool would accept.

Inter are in desperate need of adding to their side as the club have seen Juventus, AC Milan and Roma surpass them in the transfer market.

The likelihood of Mane leaving Liverpool for an Inter side not in the Champions League seems a little difficult to believe. The club are struggling currently in Serie A. The Nerrazurri finished seventh in Serie A last term, missing out on European qualification.

Liverpool manager Jurgen Klopp, who is dealing with the possibility of losing Coutinho, won’t be happy with Mane being linked with a move away from Liverpool, too.

The Senegal international returned to action for Liverpool in the team’s recent 3-0 friendly win over Hertha Berlin. It was his first match with the club since being injured last April.