Tottenham are preparing for their weekend clash with Bournemouth in front of a record breaking crowd. Supporters got some great news on Friday as the Tottenham injury update shed new light on Erik Lamela, Moussa Dembele and Danny Rose. 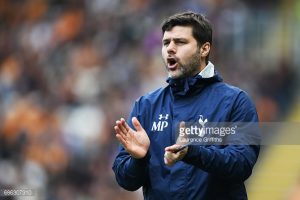 Spurs’ official Twitter account revealed Lamela, Dembele and Rose are all three back in Tottenham first team training. The players have been reintegrated with the side, and it may not be long until all three are available for matches.

According to Tottenham’s Twitter account, Victor Wanyama is still rehabilitating his recent injury. However, no timeline was given on when he will return to the side.

TEAM NEWS: @VictorWanyama is stepping up his rehabilitation and remains sidelined. pic.twitter.com/mkZv7kjNCE

Tottenham play Bournemouth at the weekend and expect more than 76,000 fans to turn out for the fixtures.