Manchester United go into this weekend’s fixture with Tottenham five points back of first place. The Red Devils’ faults were apparent in their 2-1 loss to Huddersfield a weekend ago, and the club need to keep from losing a second straight match to keep pace.

The added fixtures could only cause more problems as games pile up during the holidays. Manchester United transfers in January need to be spot on to help the team fill the apparent holes in the team.

Manchester United have been linked with a number of players as the team head into the January transfer window. Money isn’t an object at Old Trafford, and the team will be looking to sign at least one new face for the second half of the season.

Mesut Ozil is already said to have agreed a move to Old Trafford. Ozil started the Premier League season slowly. He picked up his first goal and assist in Arsenal’s recent 5-2 win over Everton, however. Ozil’s contract is up in July 2018, and he isn’t re-signing with Arsenal. The team need to get rid of him and recoup some of the cash it has paid him in salary and in his initial transfer fee. 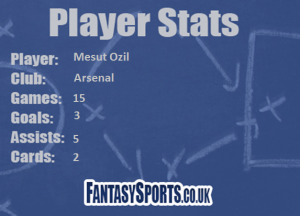 Of the possible Manchester United transfers in January, Ozil seems highly likely. However, there are reports Lionel Messi has told Barcelona to sign him instead of Philippe Coutinho. Barcelona’s interest could disrupt Jose Mourinho’s plans.

In recent days, Manchester United have been heavily linked to Valencia’s highly rated 20-year-old midfielder Carlos Soler. He came through Valencia’s youth team, and he is getting plenty of playing time from Valencia coach Marcelino this term. Soler has tallied one goal and four assists in nine La Liga matches as Valencia have shocked Spain. Los Che are undefeated and sit second in the table.

Compared to Ozil, this move doesn’t look likely in January. Manchester United have opened talks with Valencia over a transfer. However, with the way Valencia have played so far, it seems unlikely they would sell in January. A deal could happen in January with Soler staying until the summer. There is a £75 million buy-out clause in his contract. Spanish media report he will be sold for around £30m, however.

Mijat Gacinovic appeared on the Manchester United transfers radar in early October. The club’s interest in Gacinovic prompted many supporters to ask, ‘who is he?’ The Serbian currently plays for Germany’s Eintracht Frankfurt and the Serbian national team. Gacinovic has played eight times for the club this season, tallying two assists. Gacinovic is 22-year-old and is under contract until 2021. Eintracht sit midtable in Germany, but the team will cash-in on Gacinovic if a good offer is made for him. He is currently valued at £3.5m.

This transfer looks highly likely, if you Manchester United really want him. Eintracht paid £1.25m for Gacinovic, and a move for the midfielder would see them double their money at the very least. Problem is, Gacinovic isn’t an upgrade over Anthony Martial or Marcus Rashford.

Ozil has the most potential impact of the three players. However, the German will need to adapt to Mourinho’s playing style, which is far less what he is currently used to. Ozil would most likely see fewer points upon moving to Manchester United. The Red Devils two highest scorers in FPL currently are a goalkeeper and full-back. Don’t expect Ozil to continue his current points scoring form at Old Trafford.

Who do you think Manchester United should target in January?