Manchester United and Jose Mourinho are about to re-ignite their interest in Tottenham left-back Danny Rose. The Metro reports Manchester United will offer Spurs their out of favour defender Luke Shaw and £40 million in January to land the England international.

Rose was left out of Tottenham’s line-up for the team’s 2-0 North London Derby loss to Arsenal on Saturday. His omission has thrown fresh fuel on the fire of speculation that Rose is about to leave the club. 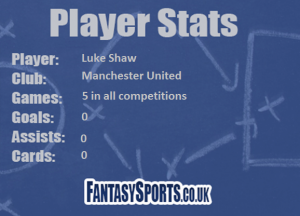 While many believe Rose is about to leave Tottenham in January, Spurs manager Mauricio Pochettino has claimed the left-back was left out due to fitness reasons.

Shaw has struggled to hold down a place in the Manchester United side since he signed with the club in 2014. At the time, he was the most expensive teenager in world football as he signed for £30m from Southampton.

Shaw returned to Manchester United in August 2016 after suffering a double leg break against PSV Eindhoven 11 months prior. Despite being back with the first team for over a year now, Shaw has continually failed to impress Mourinho. Since arriving at the club, the left-back has played just 22 times.

Shaw has made appearances in all competitions. He has been so far down the pecking order at Manchester United, he has got lost in the shuffle. His impact on Tottenham could be minimal due to a lack of playing time. Rose is a fast-paced full-back who can defend and attack. Shaw’s fantasy points would increase at Spurs, but that is simply due to his inclusion in the team every week. Rose is a better full-back currently. Joining Manchester United will only help Rose’s points totals.