Liverpool were offered a reported £119 million for Brazilian playmaker Philippe Coutinho in August. The Reds stood firm and held onto the want-away midfielder. Now, Liverpool could have another fight on their hands, but the Reds could be far more willing to sell Philippe Coutinho in January at the earliest; or July at the latest. 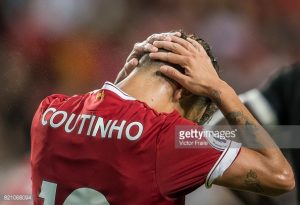 Barcelona want Coutinho in a bad way, despite him being Champions League cup-tied. The Spanish side are holding onto first place by the skin of their teeth in La Liga. Just five points above Valencia, Barcelona want Coutinho to help them overcome a tenacious Valencia side which drew with the Catalans a few weeks ago.

Coutinho has played 12 times for Liverpool in all-competitions. He has tallied nine goals and six assists. However, Coutinho hasn’t had the same influence as in seasons past. Teammate Mohamed Salah has now eclipsed the Brazilian as the most important attacking player at Anfield.

In August, Barcelona’s approach for Coutinho and the subsequent tug of war took Liverpool by surprise. The club didn’t have a player ready to take over for the midfielder. However, after having several months to ponder a sale, Liverpool have been able to get transfer targets shortlisted. 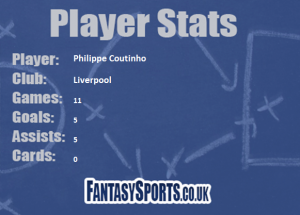 According to the England’s Metro newspaper, Liverpool are ready to re-ignite interest in Thomas Lemar. The Monaco winger’s name has been continually linked with English teams, and his possible move away from the reigning French champions has become quite tiresome. It is reported that Liverpool are ready to spend £88m to land the French winger. But the question is, will Lemar leave Monaco with the World Cup just six months away?Salah’s form and play has also given Liverpool assurance; and a sale of Coutinho may not be so bad after all.

The good news for Liverpool is Monaco are all but out of the race for the Ligue 1 title. Unless Paris Saint-Germain completely fall apart, there is no chance Monaco will repeat as champs. The team are also out of the Champions League after a woeful performance in the group stages. Monaco were bad in the Champions League, and finished fourth in their group.

With Lemar possibly ready to move to Liverpool and the price being right for Coutinho, the Reds may be ready to sell the Brazilian.

Coutinho is third in FPL points scoring for Liverpool. His 80 points have been huge for FPL managers this term. If Liverpool sold Coutinho in January, managers would take a massive hit for the second half of the season. Although he got off to a slow start and didn’t feature early on, Coutinho has been quite brilliant for the Reds. The team are in-form currently, and having the Brazilian in the starting XI means goals and assists.

Should Liverpool sell Philippe Coutinho in January or wait until the summer?