Chelsea solidified their hold on third place in the Premier League over the weekend with a 1-0 win against Southampton. Despite the win, ESPN FC’s football insiders, Steve Nicol and Alejandro Moreno, have blamed Chelsea coach Antonio Conte for the debacle the club have seen this term. 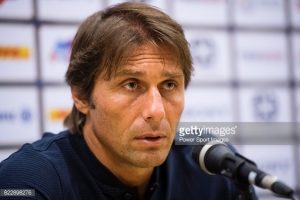 “When there’s talk about Conte leaving, the only thing that can happen is that it affects the players,” Nicol said.

The former Liverpool player and New England Revolution manager feels that the uncertainty is the main factor in Chelsea’s up and down form.

“I wonder that, there’s no question when you’re a player and every other week the guy who’s the manager, there’s talk about him leaving, him not being happy, the only thing that can happen is that it affects the players,” he said.

Although there is no word on Conte’s long-term future at the club, it can’t be ignored that the manager has had difficulty with players during his time at Stamford Bridge. Diego Costa was basically run out of the club by by the Chelsea coach during the offseason. Meanwhile Nemanja Matic was similarly let go by Conte.