Manchester United manager Jose Mourinho is under tremendous pressure. There is no doubt about the team’s performances of late affecting his standing with the club’s hierarchy. Mourinho’s attitude toward the club’s transfer spending has also caused a rift with the Red Devils board and winning matches may not even save his job. 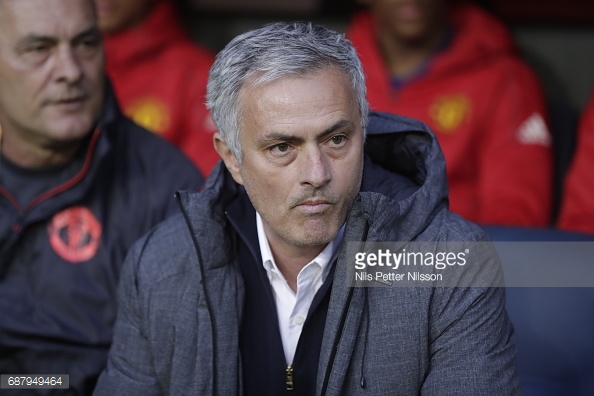 English media claimed Mourinho would be sacked regardless of Manchester United’s result against Newcastle prior to the international break. His firing never happened despite the Red Devils being outplayed for much of the match against the Magpies. Manchester United needed three goals in the second half to win 3-2 and Mourinho is still in the hot seat.

Three Managers have been listed as possible replacements at Old Trafford. One of which is a possibility, while there is no chance the other two men will be hired by Manchester United.

Former Juventus, Italy national team, and Chelsea manager Antonio Conte has been rumoured as Mourinho’s possible replacement. While Conte has proven himself to be an excellent manager, he is already in line to take over Real Madrid from Julen Lopetegui.

Spanish media has already stated Conte has agreed to manage Real Madrid once Lopetegui is dismissed. Even if Conte wasn’t headed to the Santiago Bernabeu, his connections to Manchester United seem unlikely. Supporters wouldn’t take to the manager with open arms. With supporters already unhappy with the club’s current situation, Conte is not likely to take over for Mourinho.

Celtic manager Brendan Rodgers is also rumoured as a possible replacement. Rodgers is said to be ready to leave Celtic and try his hand at another club. But just like Conte, Rodgers wouldn’t fit at Old Trafford. In fact, Rodgers would be accepted far less by supporters.

Rodgers’ track record doesn’t make him an improvement on Mourinho. Despite some good seasons at Liverpool and Celtic, he lacks the European winning experience and the trophies in England that warrant such a high-profile job like Manchester United manager.

Is Zinedine Zidane still a candidate?

Zinedine Zidane is still rumoured as a candidate. However, his agent has previously stated Zidane is not interested in the job. Of course, that may have been smoke and mirrors. Zidane seems the only man that can take over for Mourinho in midseason and turn the club around. If he did join, it would be a big job, but Zidane has walked into a difficult situation before and succeeded.

Have your say: Who will be Manchester United manager if Mourinho goes?