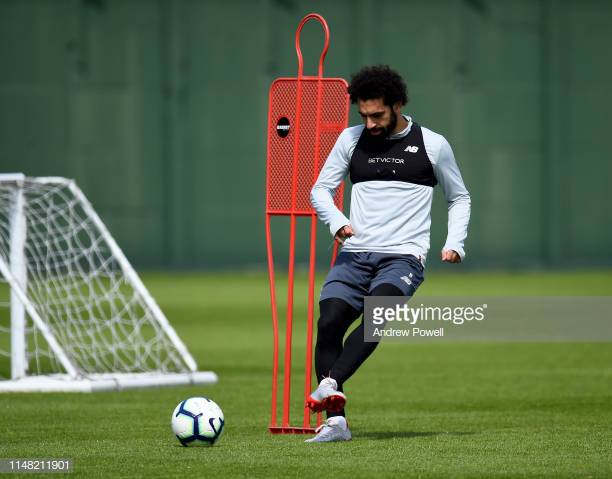 Liverpool host Wolverhampton Wanderers on the final day of the Premier League season. The Reds must win and hope Brighton defeat or draw against Manchester City to win the title.

Mohamed Salah and Roberto Firmino both missed the game through injury. In addition, Andy Robertson was substituted following a leg injury courtesy of a kick from Luis Suarez.

In the build-up to Wolves’ arrival, Klopp has received some good news regarding the players at his disposal for Sunday’s finale.

Klopp has confirmed Firmino will miss the final day due to a groin injury. The Reds will rest the Brazilian striker allowing him to be fit for the Champions League Final against Tottenham Hotspur.

Firmino has missed Liverpool’s last two Premier League games after suffering the injury in the Thursday training session prior to Huddersfield’s arrival at Anfield in late April.

Although it was expected that James Milner would play left-back for Liverpool on Sunday, Robertson looks set for a place in the squad. The Scotsman may only have a place on the bench, however.

If Klopp feels Robertson can play a full 90 minutes, he will not hesitate to start him. Wolverhampton Wanderers may have nothing to play for on Sunday, but they will still be a difficult team to beat.

Mohamed Salah back in the team

Salah missed the Champions League semifinal second leg thanks to the concussion he sustained against Newcastle. He will make his return against Wolverhampton Wanderers.

The Egyptian is the Premier League Golden Boot leader with 22 goals. Salah tallied a goal in Liverpool’s 2-0 win at Molineaux just before Christmas.

Wolves did gain revenge against Liverpool in January in the FA Cup with a 2-1 win at Molineaux.