Torres played for some of the world’s biggest clubs having come through Atletico Madrid’s youth academy. In 2007, he joined Liverpool and took his status of being a rising star striker to a new level.

His reputation may have been tarnished in 2011 when he left Anfield for Chelsea, but many Liverpool fans still remember when Torres terrorised Premier League defences.

On July 4, 2007, Liverpool signed Torres from Atletico Madrid for a then club record £20 million. Benitez’s Reds had just come off of losing the Champions League Final, 2-1, to AC Milan and the manager put public pressure on former owners George Gillet and Tom Hicks to sign new players. 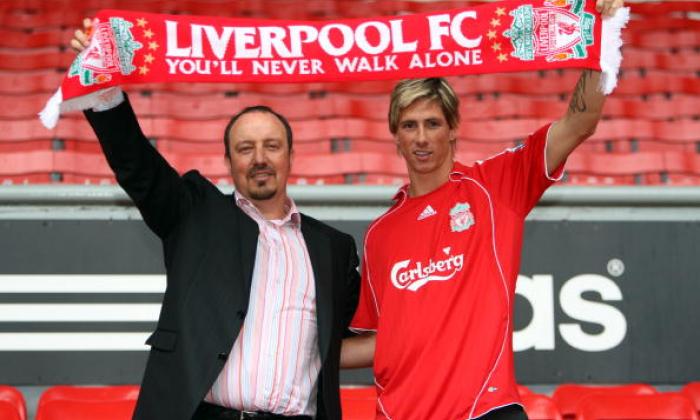 Torres arrived with plenty of potential but was still very raw. Benitez was able to harness that potential in Torres’ first two seasons at Anfield before knee injuries took there toll. For a time, Torres was the most electric striker in the world of football.

El Nino took Anfield by storm and had it not been for injuries and form, who knows how his time at Liverpool would have ended. Torres scored 33 goals in 46 matches in all competitions in his debut season. It felt like he could score whenever he touched the ball. His powerful runs were something to behold and no other striker has replicated El Nino in is full pomp since.

He followed up his debut season at Liverpool with 17 goals in all competitions. Although the second season saw him sidelined early on due to injury, Torres still reached 50 goals faster than anyone else as a Liverpool player.

A Torres goal had the ability to bring Anfield to its feet like no other Liverpool player of the 2000s could. Although Michael Owen and Steven Gerrard could ramp up the crowds with goals, Torres was electric when he scored.

Torres’ first Liverpool goal came against the team he would later join, Chelsea. On August 19, just weeks after his transfer to Liverpool, Torres showed what he was capable of with a sweet run and right-footed finish past Petr Cech in goal.

It was textbook Torres as he glided past defenders with easy. Unfortunately, as injuries mounted later on, it was something less and less common from the Spaniard.

Liverpool should have won the 2008-09 Premier League title. However, too many draws and Rafael Benitez’s defensive tactics against lesser teams cost the Reds. Still, Liverpool fans enjoyed an 86-point haul and second place finish.

In March 2009, Liverpool went to Old Trafford and came from a goal down to win 4-1. Torres was at the heart of the come back as he brutalised Nemanja Vidic for 90 minutes.