Nicolas Pepe and Christian Pulisic have been two of the Premier League’s biggest disappointments in the early stages of the season.

The Premier League’s top teams have seen several good young players excel this term. At Arsenal, Bakayo Saka has broken into the squad and recently stared for the Gunners against Manchester United.

Chelsea have seen attacking midfielder Mason Mount star after finally being given the chance to play following two loan moves away from Stamford Bridge.

The rise of both players has improved their respective clubs. Yet, at the same time, Arsenal and Chelsea have seen expensive summer signings fail to make the grade and they are dangerously close to being called busts already.

Arsenal paid a whopping £72 million for Nicolas Pepe in the summer and since his arrival, former club Lille have laughed “all the way to the bank”. Pepe has been terrible for Arsenal tallying just one assist and one goal in nine appearances in all competitions.

Pepe’s missed goals have been more noteworthy than the ones he has tallied. He blew chances against Liverpool and Manchester United that would have made his Arsenal career. Yet, Pepe has struggled to make a mark on any match he has played for the Gunners.

The winger played well last season scoring 22 goals for Lille in 38 Ligue 1 games. He scored those goals in a league that is often criticised by pundits as too easy for Paris Saint-Germain and perhaps that is the same reason Pepe played so well last term.

Saka has taken his chances, unlike Pepe. The former played well last Monday against Manchester United while Pepe was average at best.

Chelsea surprised many Premier League and Bundesliga onlookers last season by signing American international Christian Pulisic. The £58m move was considered a shock due to Pulisic losing his place to Jadon Sancho in the Borussia Dortmund side prior to the transfer being struck. 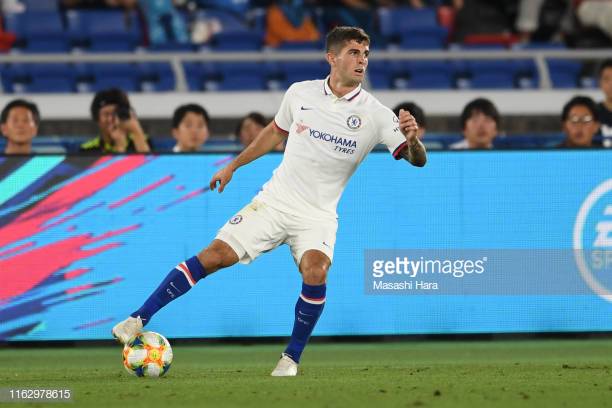 Pulsic has struggled at Chelsea with Mount being manager Frank Lampard’s preferred player of the two. Callum Hudson-Odoi’s return to the Chelsea team has even further pushed Pulisic to the fringes.

The American was recently snubbed by Lampard as the manager left him out of Chelsea’s Champions League match against Lille. According to Lampard, he has four fully fit wingers. Reading between the lines, Lampard doesn’t rate Pulisic and prefers the play of his other options.

Pulisic’s price tag has led many to presume he should have a starting place nailed on each match. However, Pulsic’s play hasn’t been very good when on the pitch. Pulisic has played just 278 Premier League matches and tallied one assist.

Both Pepe and Pulisic have been incredibly lacklustre. However, there is a lesson Premier League teams can learn. With the rising transfer fees and salaries being played, bringing through more players from the youth academies could be the future of the game.

Arsenal and Chelsea may be far more cautious before shelling out such large fees next time around. Their homegrown players are outdoing those expensive stars.