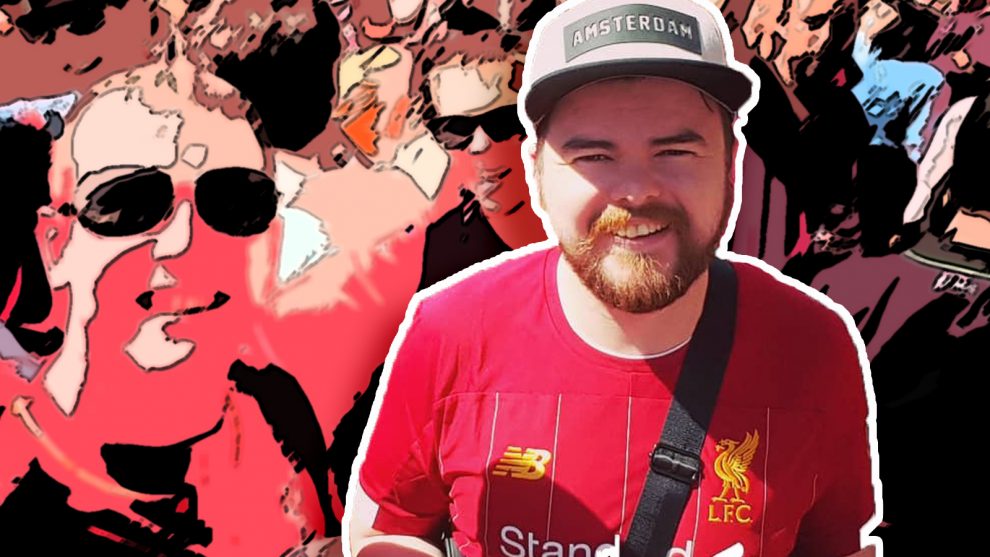 The Chester based YouTube creator used a mate’s studio to produce the catchy piece, which is sure to be a hit with Reds fans far and wide.

“It took me about four days in total to write the lyrics, record the song, film and edit the video.  It’s a lighthearted parody which I hope fans find catchy, particularly given the situation City find themselves in.”

The 29 year old Deeside worker is understandably excited at the prospect of seeing his club win the English top tier title for the first time:

“It feels like I’ve been waiting my whole life for this so a win will mean the world to me. When the day arrives, there is going to be a massive party!”

Manchester City have been banned from the Champions League for two years and were hit with a €30 million fine by UEFA.

The current Premier League winners have been found guilty of seriously misleading European football’s governing body and breaking financial fair play rules. The Citizens – who won their third consecutive League Cup on Sunday – are also under investigation by the Premier League for similar reasons.

City have appealed UEFA’s judgement with the Court of Arbitration for Sport (CAS).