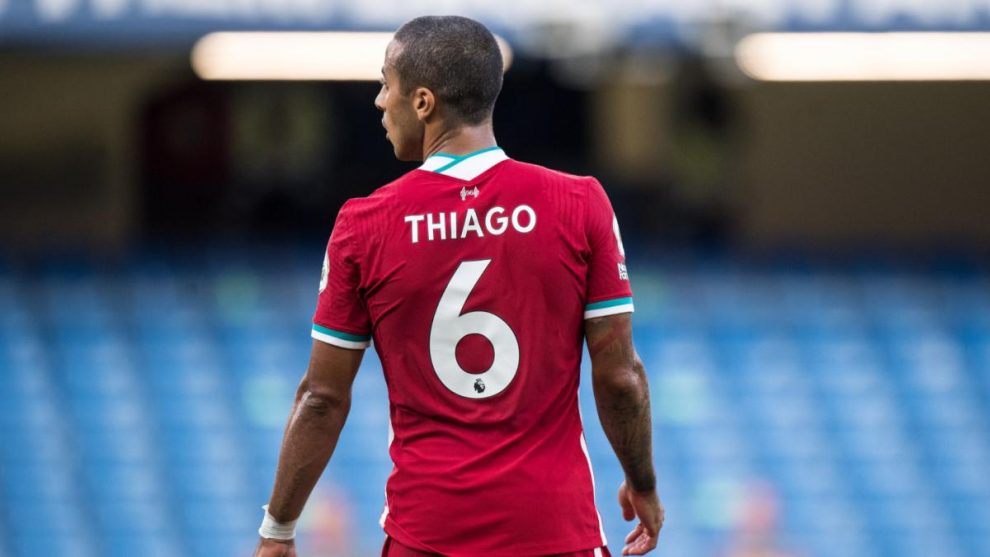 Liverpool will welcome Thiago Alcantara back into the fold for Wednesday night’s Premier League tie at Newcastle.

The Reds; with 4 draws and a defeat in their last 9 matches, are stuttering in defence of their title, their problems evident in the failure to beat relegation threatened West Bromwich Albion on Sunday evening at Anfield.

Liverpool, who led the Baggies with an early Sadio Mane goal, had to settle for a point in a game where they failed to breakdown a blanket Albion defence, despite having 78% possession in the match.

Thiago’s return to first team duty will be welcomed widely by the club’s supporters with many believing the creative Spaniard’s range of forward passing is exactly what Jurgen Klopp’s team has been missing, since his injury in October at Goodison Park.  Despite  a quick start, Liverpool fell into the trap of continually crossing a stream of balls into the Baggies penalty area which their defence dealt comfortably with.

With Thiago’s return; and the injury of Joel Matip, we expect Klopp’s team to line up as follows at St. James’ Park:-

The Reds, who top the Premier League by 3 points from neighbours Everton, will go all-out for the 3 points on matchday 16 to maintain or increase their gap over title contenders Manchester City, Chelsea and Tottenham, with pretenders Everton and Manchester United a handful of points off top spot also.