Tottenham Hotspur have joined Chelsea in the race to sign Inter Milan star Antonio Candreva. The midfielder is thought to be available for around £25 million this summer, and Tottenham have identified him as a key transfer target. 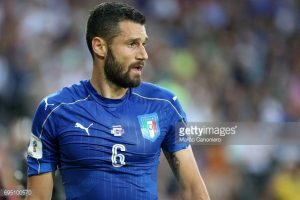 Although Candreva is high on the list of targets for Spurs’ boss Mauricio Pochettino, Chelsea are currently leading the race to sign the Italian international, if he does choose to leave Inter. Last week, Candreva’s agent, Federico Pastorello spoke to Italian media about his client’s possible move to West London.

“Antonio is very calm at the moment and is only thinking about Inter,” Pastorello said.

“He’s happy with the arrival of [Luciano] Spalletti as the new coach. I would say it’s 80 per cent that he stays at Inter, but Chelsea? You cannot exclude anything at the moment.”

The 30-year-old is under contract with Inter until 2020 and is expected to be one Luciano Spalletti’s key players this term.

Candreva had a lot of his early football success with Lazio before signing with Inter in the summer of 2016. During his first, and to this point only season at the San Siro, Candreva tallied six goals and 10 assists in 38 Serie A matches. He also played twice at last summer’s European Championship for Italy, assisting one goal during the tournament.