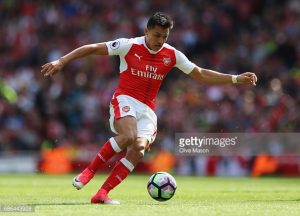 The original deal would have seen Arsenal collect around £60 million. According to the Sun, it looks like Manchester City will only play £20m for the Chilean playmaker once the next transfer window opens.

The same newspaper is reporting Sanchez will be allowed to negotiate with foreign clubs after the New Year, but it is more likely he will be re-united with former coach Pep Guardiola in the northwest of England.

After spending more than £200m in the transfer market, reports suggest Manchester City are not interested in paying over the odds for Sanchez. A Sanchez transfer could come off if the team can keep it around the £20m mark. However, Guardiola and company are also willing to wait until the summer of 2018 when Sanchez becomes a free agent.

Since the transfer window closed, reports have suggested Arsenal have been in chaos after being unable to sell Sanchez and sign Lemar as his replacement.