Manchester United have agreed to bring 14-year-old Swedish wonderkid Rines Arif in for trials. The 14-year-old plays for Husie IF, currently. The player has shined brightly for the Malmo-based club and has landed on the radar of the Red Devils. 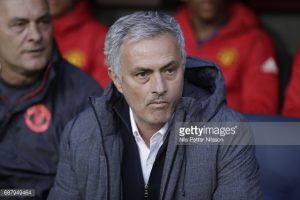 Arif will join the club in late October for his trials. His father Hajriz recently confirmed the trial with the Premier League club, and released the news of the tryout.

“It has been through an agent, Franck Betullat. He wanted to try him on a separate workout and was very pleased,” Hajriz told 24malmo.se.

“Afterwards he contacted Manchester United who invited us 23 through 29 October.

“United will judge him in several different ways as I have understood it.

“But if they like him, Rines will be invited to their academy.”

Manchester United have taken steps to strengthen their academy in the last few months. The club recently added several players from Huddersfield, who scrapped their academy.