The Sun first reported that Arsenal and Arsene Wenger are looking into the current Crystal Palace winger. Arsenal are believed to be ready to splash £35 million on Zaha. 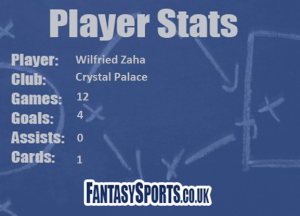 Zaha is 25-years old, and could give Arsenal several years of high-quality service. The winger has been in good form this term despite playing only five times in the Premier League. He has tallied two goals in his limited time on the pitch for a poor Crystal Palace side.

Sanchez is expected to leave Arsenal in January. However, that depends on a team paying a transfer fee for him six month before he becomes a free agent. It is believed Manchester City could wait to sign him when he becomes available for free in the summer transfer window.

Zaha is in his second stint with Crystal Palace after moving to Manchester United in the summer of 2013. His time at the club Old Trafford club didn’t pan out well. He played just seven times for the Red Devils.

The Crystal Palace winger tallied seven goals and nine assists in 2016-17, but the Eagles have started this season very badly. The team have already sacked manager Frank De Boer and have recorded just four points from 33 possible. The Eagles have scored just four goals all season. Zaha has tallied half of those goals.

With the poor form that Crystal Palace have showcased for much of the season, it is believed Zaha would score far more fantasy points if he changed sides. Joining Arsenal would see Zaha score more points than currently with Crystal Palace. The Eagles have not scored many goals, and having higher quality talent around him at the Emirates would allow Zaha to be more prolific in FPL.