Arsene Wenger believes his former club Arsenal can win the English Premier League title this season. The Gunners haven’t won the title since 2003-04, but the former manager thinks this could be their season. The 2003-04 season saw Wenger’s Gunners go the entire league season without a single defeat. 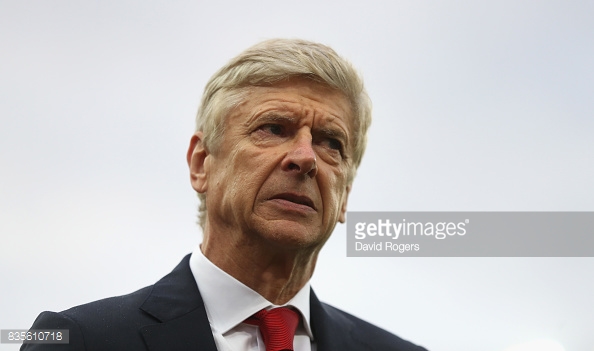 The Frenchman stepped down as Arsenal manager at the end of last season after a remarkable career at the club. Spanish manager Unai Emery took over for Wenger and has implemented a new style of football at the Emirates. Although the Gunners started with two losses, they have gone eight matches without defeat in the Premier League.

Arsene Wenger was asked by TalkSPORT if Arsenal can win the title this term and the former manager responded positively.

“When you look at our last season, at home we had a championship run because we won 15 games, with two draws and two defeats, it was away from home where we were not good enough.

“But overall the quality is there, we got to the League Cup final and got to the Europa League semi-final last season, where we would have won.

“They have strengthened the team well, so they have a chance.

“But at the moment there are some other teams who look very strong as well.”

Arsenal host Liverpool on Saturday at the Emirates. The Gunners can narrow the gap at the top of the table with a win.

While Arsenal has gone eight games undefeated, the Gunners were beaten by both Manchester City and Chelsea to kick off the season. Although Emery’s team defeated Watford 2-0 during their unbeaten run, none of their wins came against teams above seventh place in the table.

Arsenal’s two losses this season saw the team allow five goals while scoring two. Since week 2 of the season, Arsenal have mauled opponents. They are still conceding goals, however.

The Gunners have kept just two clean sheets this term. They came in consecutive matches against Everton and Watford, respectively.

Will Arsenal defeat Liverpool at the weekend? Have your say!