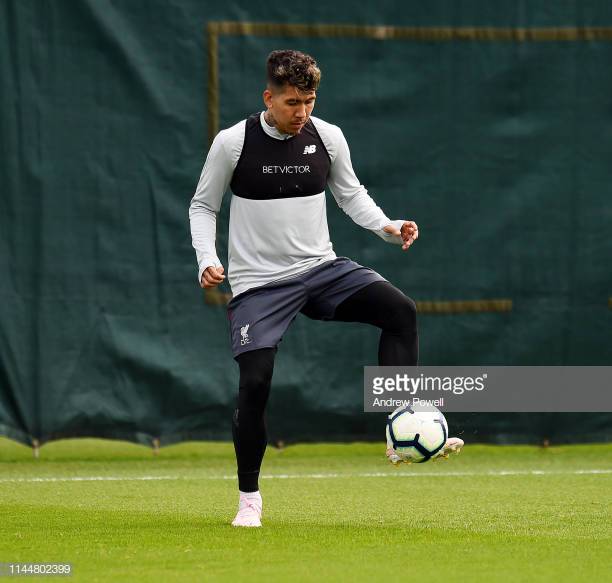 Liverpool’s Roberto Firmino missed out on the Reds’ 5-0 win over Huddersfield on Friday night. The Brazilian suffered a groin injury in training on Thursday and now looks likely to miss Liverpool’s Champions League semifinal first leg against Barcelona.

Firmino suffered a groin injury that some fear may keep him out for the rest of the season. However, manager Jurgen Klopp has alleviated fears by claiming Firmino could make the team for Wednesday night’s Champions League first-leg semifinal against Barcelona.

Not everyone agrees with Klopp’s claims of Firmino being potentially ready for the game. Former Reds defender Steve Nicol spoke on ESPN FC that Klopp “lied” about the striker’s injury issue.

While Nicol and fellow pundit Alejandro Moreno agreed Klopp wasn’t 100% honest about Firmino’s injury, This is Anfield spoke with a leading fitness expert about the injury and Firmino’s possibility of returning.

How will Liverpool play without Roberto Firmino?

Roberto Firmino is expected to miss the first leg on Wednesday night regardless of Klopp’s public hopefulness.

With the Brazilian sidelined on Friday night, Daniel Sturridge took his place in the starting XI. Sturridge is in the final months of his Liverpool contract and he is linked with a move to Australia in the summer.

Sturridge’s play against Huddersfield was promising at times, but he did go missing for large chunks of the match.

According to WhoScored.com, Sturridge received a 6.9 out of 10 rating. The striker had two shots with neither ending on target. Sturridge ended the game with 30 touches. At one point, Sturridge did have a goal called out for offsides.

Klopp’s selection of Sturridge was most likely an audition for Wednesday night. He has Divock Origi as well, who has come up with goals against Everton and Watford this term, to choose from.

The manager may be more inclined to start with Sadio Mane and Mohamed Salah up top while selecting four midfielders for the away leg against Barcelona.

A four-man midfield will give Liverpool the chance to slow down Luis Suarez and Lionel Messi. However, it will take them out of their typical style of play.