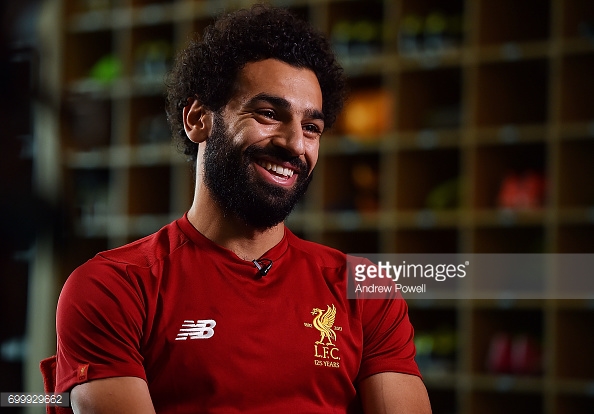 No matter who we support as fans, it’s hard not to look ahead to the opening weekend of each new Premier League season with hope. Sure, we may each have a different vision of what success looks like, but new squad additions, a solid pre-season and the carpet like appearance of a freshly mown pitch on the opening weekend encourages us all to dream. And Liverpool fans have been known to dream harder than most.

I guess no credible assessment of the Anfield club’s chances in 2017/18 should start without acknowledging that the Reds have not topped a league table at season’s end since 1990, a couple of years before the Premier League’s inception. This remains an uncomfortable fact for one of the football world’s largest and most loyal fanbases. Supporters like you and I who have experienced several false dawns in recent years, each hinting at a return to the glory years. Agonisingly.

It hasn’t all been agony however. As a club, Liverpool FC has enjoyed plenty of trophy success over the past 28 seasons, from an incredible Champions League victory over AC Milan in 2005 to UEFA, FA and League Cup wins.

While this trophy haul puts the club comfortably ahead of all but its closest rivals, Liverpool’s achievements in this period remain unheralded due to a lack of Premier League titles. The club’s passionate fans are accustomed to being derided for believing ‘this is going to be our year’, while becoming the butt of many a joke.

So what of our chances in the season ahead?

Well, the 2017/18 season seems to hold that familiar promise and here at FantasySports.co.uk, we’re excited by the possibilities that this particular Liverpool team offer. That’s not to say that this isn’t another false dawn, but it’s hard not to be revved up by the introduction of Mo Salah and the continuing evolution of Philippe Coutinho into a superstar of the sport. This Liverpool team has goals written all over it. The key question being, how many more can they score over what they concede?

Defensively, there’s been very little change to the Reds lineup as we kick-off the new season.

Simon Mignolet will start the season between Liverpool’s posts and the club has good underlying strength in depth here, whether we talk about Loris Karius; who admittedly had a shaky first season, or Danny Ward who may be in the driving seat to become Liverpool’s keeper for many years.

Trent Alexander-Arnold will start the season at right back, as Nathanial Clyne continues his recovery from injury. Andy Robertson made a good impression in pre-season having signed from Hull, but it’s likely that James Milner will continue his stint at left back. It’s also worth noting that the much maligned Alberto Moreno had a decent pre-season, starring in the Reds three goal victory over Bayern Munich.

At centre back, Joel Matip and Dejan Lovren will continue to be the first choice pairing, in the event the club fails to sign Southampton defender, Virgil van Dijk. If van Dijk arrives – and this remains likely, then expect the Dutchman to partner Matip in what should be Liverpool’s strongest central defensive pairing since Sami Hyppia and Jamie Carragher. Joe Gomez will remain in the first team squad and there’s no question that he will have benefited from his first full pre-season in a couple of seasons. If called upon, Gomez has the ability to offer cover across the back four.

I expect Jurgen Klopp to operate his favoured 4-3-3 formation through the season, with some variation on shape.

In the most likely scenario, the midfield three is likely to comprise captain Jordan Henderson and Emre Can as a holding two, with Philippe Coutinho given license to roam ahead of them. This new role is right up Coutinho’s street and the silky smooth Brazilian could be the league’s standout star if he manages to remain fit throughout the season. This also assumes that the club stays strong in its resolve to retain the player.

However, it’s in the engine room that Liverpool might be most exposed during the season. While Gini Wijnaldum can be relied upon to cover for Henderson or Can (he’d get my vote to start ahead of Can), cover looks a little thin thereafter. Marko Grujic has the potential to grow into a fine player, but the Serb remains largely untried at this level.

While it’s true also that any of James Milner, Sadio Mane or Mo Salah could be utilised through the middle, we must equally recognise that doing so would weaken the first eleven in other positions.

Which takes us nicely into the front three.

I would expect to see Salah and Mane start either side of Roberto Firmino in the majority of matches. This front three worked with devastating effect when tried for the first time against Bayern Munich in pre-season. The intelligence and pace of these three players proved too much for an experienced Bayern defence, and it will be interesting to see if they can offer the key to unlocking the blanket defences that Klopp’s teams struggled against last season.

Salah looks like a really smart addition by Klopp. The Egyptian is full of pace and had an excellent record of goals and assists with Roma last season. Plus he has unfinished business in England, having failed to set the Premier League alight at Chelsea two seasons ago. Dominic Solanke, Liverpool’s other addition up front, looked like an investment for the future, but the young England player shone in pre-season, scoring goals and looking at ease in his surroundings. Solanke is sure to feature as Liverpool add Champions League commitments to their Premier League, League Cup and FA Cup schedules.

So what can Klopp and his team achieve in the season? With a fair wind behind them – that is they retain Coutinho, acquire van Dijk and remain relatively injury free – then we’re prepared to declare Liverpool as our favourites for the Premier League. Manchester City have spent deeply, as have Chelsea and Manchester United – but when we look at Liverpool’s front four, it just screams goals, goals, goals, goals. If that unit hit the ground running, then that can create a momentum all of its own as we saw with Brendan Rodgers’ Liverpool team of three seasons ago.

So today, as a Liverpool supporter, I’m daring to dream. Good luck us, as we start our march to a nineteenth Championship!