Liverpool have finally signed midfielder Naby Keita from RB Leipzig, but the player will not arrive at Anfield until the summer of 2018. 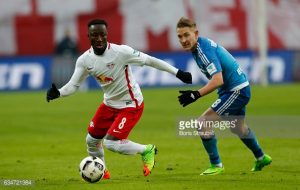 The Reds have agreed a £48 million deal for the player, which is much less than the £66m bid Liverpool made earlier this summer.

Keita will have a £48m release clause activated in his current Leipzig contract in the summer transfer window of 2018. and Liverpool have already agreed to trigger that when it comes into effect.

Although Keita won’t arrive until next summer, Liverpool have got one of the transfer targets they have eyed all summer. The Reds have now beaten out Barcelona for Keita’s signature after the Spanish side were linked to him last week.

Liverpool have made a bid for Monaco’s Thomas Lemar today, and could land the French international for a sensational £74m.