Manchester United were unable to land Inter Milan’s Ivan Perisic during the summer transfer window, and it looks very unlikely the team will be able to negotiate his move in January. 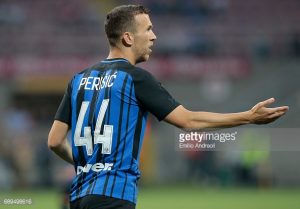 Inter wanted a large transfer fee for Perisic, a transfer target of Jose Mourinho all summer, one that Manchester United weren’t ready to pay a hefty sum for the Croatian. According to the Italian press, Inter will offer the left wing player a new contract that will make his release clause a whopping £64 million. The high release clause will make a move for Perisic highly unlikely when the January transfer window opens.

While the team will look away from the Croatian’s signature, the Red Devils will reignite their interest in Antoine Griezmann. Once the transfer ban that Atletico Madrid are under is removed, it is thought Griezmann could leave Spain for Manchester United.

While Manchester United weren’t able to sign Perisic, the club did land three transfers along with the re-signing of Zlatan Ibrahimovic.