Although described by many as one of the best technical midfielders in English football, Jack Wilshere’s injury record has kept him from securing a long-term Arsenal place for some time. After an unsuccessful loan spell at Bournemouth last season, Arsenal were ready to offload the midfielder in the most recent transfer window. 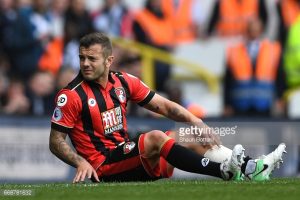 Wilshere didn’t move away from the Gunners as expected, however, he is now drawing interest from Turkish teams that are ready to end his Arsenal nightmare.

Fenerbahce are currently leading the race to sign the player, and according to the Guadrian, both the Turkish team and Arsenal have already begun discussing a January transfer. Wilshere had the opportunity to move to Turkish team Trabzonspor during the offseason, however, the Englishman decided against that move.

Wilshere had been linked with a move to Serie A club Sampdoria over the offseason, but a deal never materialised.

While most reports indicate that Wilshere will end up in Turkey, there is the possibility the midfielder could look to resurrect his career in the United States. His reported £4.16 million salary would be a problem for most teams even if he was signed on a designated player contract. With his contract up in the summer of 2018, Major League Soccer teams could be tempted to make a move, however.

According to English media, Wilshere is expected to feature in Arsenal’s Europa League fixture against Koln on Thursday night. It will give him a chance to show Arsene Wenger that he can still cut it for the Gunners.