Arsenal versus Liverpool could be an early Christmas gift to football fans as the two club may contest their next meeting on Christmas Eve. 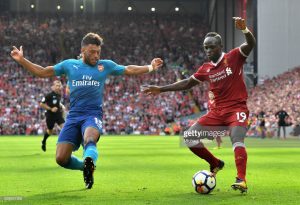 According to The Telegraph, the two sides could play in a Super Sunday fixture on the day before Christmas. It has been 22 years since the last Premier League match was held on Christmas Eve. However, Sky Sports is expected to announce Arsenal versus Liverpool to be the first in more than two decades.

Arsenal and Liverpool is expected to be the top fixture to choose from during the weekend’s action. Therefore, Sky Sports is likely to select Arsenal versus Liverpool to headline the weekend’s broadcast. It would also mean the match is selected to be shown on Sunday, the day before Christmas.

Sky Sports has the rights to show two Premier League matches on Sundays each week. If the channel does not show the Arsenal-Liverpool fixture, it would mean the channel would show no games that day. Sky is paying the Premier League £11 million a match, therefore, the channel will do everything it can to broadcast a fixture on the day.

If the fixture is moved to Christmas Eve, Arsenal’s following match against Crystal Palace and Liverpool’s game against Swansea would be moved to December 27.

Liverpool defeated Arsenal 4-0 already this season at Anfield. However, plenty has changed already since that fixture.