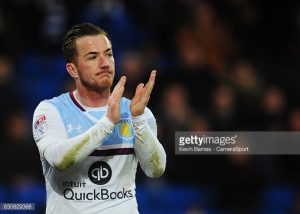 A lack of success

McCormack moved to AstonVilla in 2016 from Fulham for £12 million. It was believed his goals would enable the club to bounce back into the Premier League. In 20 games for Aston Villa, he scored just three goals. McCormack moved to Nottingham Forest on loan to finish the 2016-17 Championship season. Things didn’t get much better there, as McCormack tallied just one goal in seven matches.

A dip in form

“I think most players have a dip in their careers, hopefully that was mine,” the striker said.

“And I know what people will be thinking, because I’ve read it on my social media, that ‘his attitude isn’t great’.

“But I was club captain at Leeds, club captain at Fulham. If you’ve got a bad attitude you’re not getting those honours. So my message is that I’m here to do things right. I’m not the kind of guy who wants to basically collect money and do nothing.”

McCormack’s move to Australia is a significant one for his new side Melbourne City. Formerly known as Melbourne Heart, the club were taken over by City Football Group in January 2014. A name and colour scheme change followed. Although the club did win the FFA Cup in 2016-17, Melbourne City have not won the A-League title or qualified to appear in the Asian Champions League in its history.

This season the team will be led by former Wigan and Manchester United youth coach Warren Joyce. He hopes to turn Melbourne City’s fortunes around.

“Having seen Ross’ performances, we believe he can provide an avenue and a strong attacking option for us,” Joyce said.

“I’m sure the fans will be excited by Ross’ potential and we hope to get him right and available as soon as possible.”

McCormack had been linked to Sunderland during the summer transfer window.