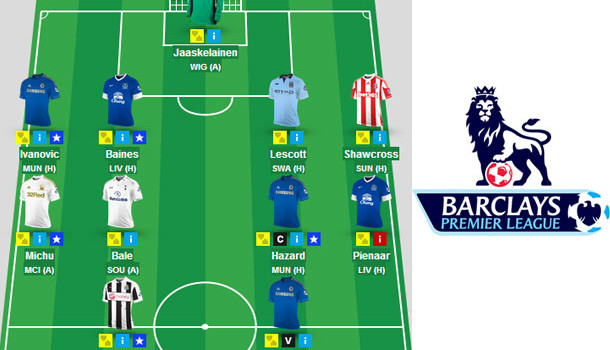 However, there are some tricks to the trade that the best Fantasy Premier League managers invoke to gain them points throughout the fantasy season. It isn’t rocket science, it is fantasy football science, and the best at it win week after week, season after season.

So, how do you optimise your chances of coming out on top? Let’s look at some ways to set up your team.

Don’t splash out on goalkeepers and defenders

Goalkeepers and defenders don’t win your team enough points to splurge on the them. In fact, there are plenty of excellent, or at least worthy, players in those positions available every week to buy. Some overzealous Fantasy Premier League managers want to spend the lot on a strong defence. However, this isn’t the English Premier League, it is Fantasy Premier League.

Sure, a clean sheet can get you four points in most leagues, but that is the same as a goal from one of your strikers. So, save the cash for spending on attacking players.

However, if you are looking for defenders to pick up for your fantasy Premier League team, do your homework. The best defenders are not always the best fantasy football defenders. Look for centre-backs and goalkeepers that have kept clean sheets in the previous week or two. Those are the players to get into your side.

One expert believes that a fantasy football manager shouldn’t spend any more than 13 million on the their back three. Save the money, buy attackers and play attacking formations.

Most experts play with a three defender formation. A 3-4-3 and 3-5-2 are the preferred ways to play by most as rules are geared toward rewarding attacking play and not defensive stalemates.

However, it has become one of the tactical nuances of the evolving game of fantasy football to play with full-backs that overlap and maurade down the flanks. These full-backs can get your team points from assists and clean sheets.

However, buying these players could come at a price that affects the team and the win-loss record. Don’t be Pep Guardiola, just get quality players and win points.

If a full-back gets an assist that is great for your team, but it is more likely that your strikers are going to get the goals on a match day, which will earn you more points in the end. Playing without full-backs and strong attacking players is typically your best bet.

Some of the best managers in fantasy sports suggest selecting “big hitters” for your team each week. The idea is to make sure your team has a specific number of more expensive players that get points (big hitters) in the side with a few lower-end players taking up the other spots.

The lower-end choices are typically in defence, goalkeeper or may make up one of your midfield selections. Again, quality can be found in defence and goal, so don’t just go based on big names or what the cronies on Match of the Day tell you. There is plenty of value out there that will allow you to save the big bucks to spend on top goals scorers.

Once you tinker with your team and find out what works best in your Fantasy Premier League, you’ll know how to play against your opponents. These tips and tactics have been winning fantasy Premier League managers money each match day. A little research and homework goes a long way.