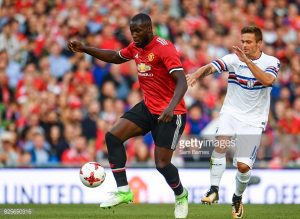 Jackson’s team benefitted from Mohamed Salah’s brilliant Liverpool debut and the manager’s timely inclusion of the winger as his captain. Jackson’s foward line combination of Huddersfield’s Steven Mounie and Liverpool’s Roberto Firmino netted the Whittier Ocelot team a fantastic 24 points. Jackson could have had far more points, but the wily manager left out Tottenham’s Christian Eriksen, who tallied a 12 point weekend. Jackson’s misstep has prevented him from running away with the Fantasy Football League standings after week 1. 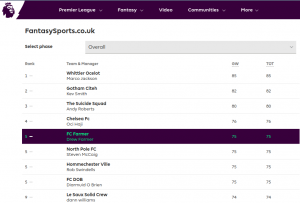 Kevin Smith’s Gotham Citeh also had a strong showing as the squad posted 82 points. Smith’s trio of Salah, Firmino and captain Romelu Lukaku all played well for the Gotham team.

How did your team do over the weekend? Get in on the conversation here at FantasySports.co.uk, on Twitter or on Facebook.