It is nearly time for Fantasy Premier League gameweek 3, and if you are struggling to select a captain for this week, you have just a little bit of time left. When thinking about your captain options, you have got to consider more than just good form. Which team is your captain up against, how has he done in the past against them, and is the rest of his club in good form. 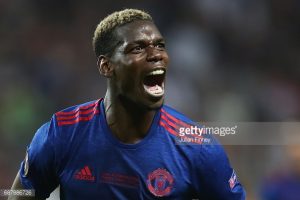 Paul Pogba comes into week 3 as the highest scoring player in FPL. Pogba has 23 points and is still relatively cheap at £8.2. The Manchester United midfielder played great in this fixture last season: 100% aerial duels won, 87% pass accuracy, three clearances, two shots, one goal and one dab. Pogba tallied 15 points last week and his form, plus past performance against Leicester, make him a perfect pick as your captain.

Christian Eriksen has picked up where he left off last FPL season, which is more than we can say about Harry Kane. Eriksen has scored 12 and seven points this season in two games, respectively. Spurs have Burnley up in gameweek 3 and Burnley’s up and down form could truly benefit you with Eriksen as your pick in captain options. Eriksen’s form is great right now, but he hasn’t scored or assisted a goal against Burnley previously. However, in three of his four matches against Burnley, he has been on the winning side.

I know what you’re thinking: Richarlison, really? The Watford new boy has been brilliant since arriving in England this summer and Watford look to have found a gem. He hasn’t played a full 90 minutes yet, but in gameweek 2, he scored 11 points against Bournemouth. Watford play Brighton in gameweek 3 and the south coast side have not defended well. Richarlison could easily score in double digits in gameweek 3 as a captain option.