Three weeks of the English Premier League are in the books and sportsbooks have adjusted football futures odds. According to bookies around the world, Manchester City are being tipped as the favourites currently. Pep Guardiola’s side has secured seven points from nine, but are still expected to lift the trophy come May. 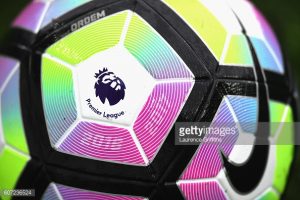 Manchester United have started the season with a 100% record and currently sit just behind their city rivals in football futures odds. Like City, the Red Devils spent heavily in the transfer market to ensure they put in a better showing this term in the race for the title.

According to Bet365, Chelsea, Liverpool, Tottenham and Arsenal are looking more like long shots already. The Gunners, who have lost twice, come in at odds of 25/1. Spurs, who have gained four points from three fixtures, are 14/1. Liverpool have started well and kept Philippe Coutinho from leaving the side. Despite this, the team have been set at 10/1 odds to win the title and their first Premier League trophy.

After a solid start to the campaign, Huddersfield have been placed a 500/1 odds. An entire town is dreaming of topping the league and surely there are a few fans that would make out well if they did.