Manchester United supporters have questioned the club’s player scouting after Liverpool’s recent sale of Phillipe Coutinho. The Brazilian midfielder was sold to Barcelona for £142 million. It was the second time that Liverpool had sold a top player to Barcelona in recent years. Suarez signed with the Spanish side for £73.55m in 2014. 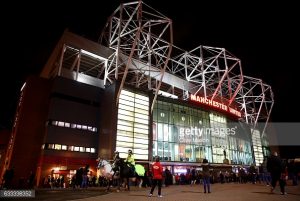 Following Coutinho’s sale, one Manchester United supporter posted on the RedCafe.net forum asking why the Red Devils were unable to find young players with potential like Coutinho.

The fan wrote: “Why are we never able to identify players ready to make the step up like Coutinho when he went to Pool? They did it with Suarez too and now Salah. The only one close to that is Martial but he’s not hit rose types of heights… Yet.”

Some Manchester United supporters responded that the club’s scouting network were the ones to blame.

“Our scouting really does seem poor,” wrote a fan. “The only real area where we’ve seen actual scouting is with Bailly and Lindelof. The rest of our signings for the most part have been players who anyone could tell you about pretty much.”

While some Manchester United supporters looked at the problems of scouting, others pointed to the fact that Coutinho, Mohamed Salah and Luis Suarez were all signed from big European clubs.

One fan responded: “Anyone could have told you about Suarez and Salah, especially Salah. Coutinho played for Inter too, right? Not exactly world class scouting. Has to be said, in the period of Countinho and Salah, and Suarez, United have still been more successful than pool (sic), so gotta be doing something right.”

Other fans pointed to Manchester United not needing to be in a position that signs young players with potential, rather they find players that are already the finished article.

A fan wrote: “We win things because we invest in the squad and finding the next big talent is not our model. We are the team that buys Coutinho or Suarez type players. We promote from the academy, instead of buying lots of young talent, because promoting from the academy is a long standing tradition. Finding hidden gems doesn’t make sense; because we are not Atletico Madrid or Dortmund, we are like Bayern Munich, Barcelona, Real Madrid. We are the biggest club in the league and have lots of money.”

The original question has prompted plenty of discussion on the part of Manchester United supporters. The Red Devils play Stoke on Monday night in the Premier League and can re-assume second place from rivals Liverpool and Chelsea.